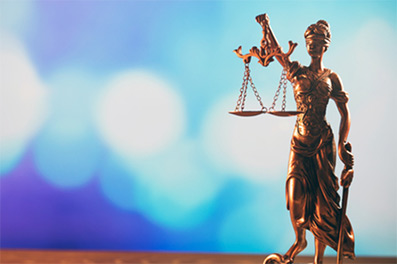 Denver and Colorado Juvenile Delinquency attorneys understand that a juvenile who is alleged to have engaged in a crime, normally referred to as a delinquent act, within the city of Denver or in any other location within Colorado, has numerous juvenile rights as an accused. Denver and Colorado juvenile delinquency attorneys further understand and advise that many of these juvenile rights accorded to someone alleged to have committed a delinquent act under Colorado law are, in many respects, to the rights afforded to adults accused of committing crimes in Denver or elsewhere within Colorado.

At the first appearance before a court, subsequent to a juvenile being accused of committing a delinquent act in Colorado, the Colorado juvenile is typically provided an advisement of their juvenile rights. At this first Hearing the Court is to make sure that the juvenile and the parent of guardian of the juvenile understand:

If the juvenile decides to plead guilty to the allegations in the delinquency petition the court is not permitted to accept the plea until all the above advisements have been given plus the Court must provide the juvenile further advisements as enumerated under Colorado law.

There are some additional juvenile rights afforded to juveniles prior to police attempting to interrogate the juvenile in a custodial setting. Some of these rights applicable to juveniles are not applicable to adults. For instance, except under certain specific circumstances, no statements or admissions of a juvenile made as a result of a custodial interrogation of a juvenile by a law enforcement officer, concerning delinquent acts alleged to be committed by the juvenile, can be admissible in evidence against the juvenile unless a parent, guardian or legal or physical custodian of the juvenile was present at such interrogation. Further, both the juvenile and the juvenile’s parent, guardian, legal or physical custodian must be advised of the rights of the juvenile including, among others, the right to remain silent and the right to have an attorney prior to questioning.

There are several exceptions in Colorado juvenile law to these above rights afforded to juveniles who are being subject to custodial interrogation and may be charged as a juvenile delinquent. These include:

There is an inherent difficulty that arises when a parent attempts to initially advise a juvenile as to whether their child should speak to the police about potential delinquent conduct. In part the difficulty exists because often the parent is caught completely by surprise and is informed by a police official that the juvenile is already in custody and that the parent should appear immediately. Further, some parents have previously advised their child that the best course of conduct is to tell the truth to authority figures, and the parent, without knowing the specific details beforehand or even the details of the accusation, makes their judgment based in part on that past advised practice.

Juveniles and their parents should consult an experienced Denver or Colorado juvenile delinquency attorney for advice regarding an individual situation.